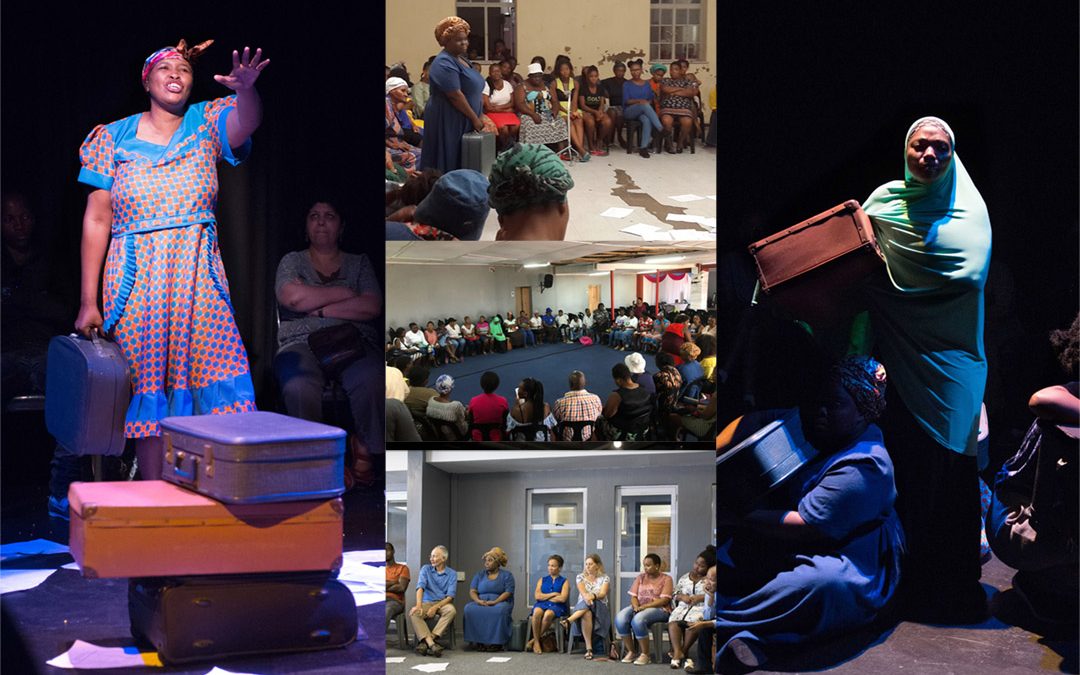 The Last Country ran another week of performances during 19th – 25th February 2018 in what the Mercury newspaper described as an “astonishing, moving and profoundly brilliant” performance. The script sensitively adapts the stories of women migrants hailing from DRC, Zimbabwe, Somalia and KwaZulu-Natal. The stories are brought to life by top KZN actresses Mpume Mthombeni, Philisiwe Twijnstra, Nompilo Maphumulo and Zintle Bobi. Through the stories of MaThwala from Ndwedwe in KwaZulu-Natal, Ofrah from the DRC, Aamiina from Somalia, and Aneni from Zimbabwe the audience intimately listens to experiences of leaving home and arriving in Durban, where the women find various strategies in which to remake a sense of belonging. The theatre production is developed from the real experiences of migrant women in Durban, using the oral histories collected for the Migration and the Inclusive City project.

Free public performances were held during the week at:

Together with the 6 shows performed in November last year the performance has reached around 750 people.

Illa Thompson, after watching the performance, best captured the power of this production, she explains “in a country in-which we are increasingly wary of people who are different from ourselves, it is vital to be invited to experience other realities, so that what is perhaps scary and strange can become familiar and less-intimidating. It is only when we realise the enormity of the threads which bind us, can we begin to empathise, share and heal together“.

The project heads are now busy looking for additional funding to run a third week of performances targeted at more city officials and politicians both in Durban and Johannesburg.