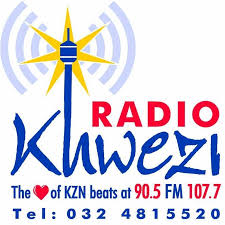 The talk-shows were a series of engagements that intended to continue to unpack the experiences of migrant women that were generated as part of the focus groups and dialogue sessions in the execution of the Cities Alliance project. The show also intended to unpack our experience, through observation and interviews, the readiness of cities and government departments in ensuring that all migration was adequately accounted for in City planning and so forth.

Listeners’ response towards the topic:

There was significant engagement from listeners in the talk show itself via the various channels that the radio station had put in place, which included live-call-ins, Facebook and WhatsApp. Throughout, the listeners were kept engaged on the process.

Evaluation:
a) Listeners –
What was the feedback from the listeners regarding the topics discussed?

The trend of the responses became progressively positive over the course of the talk shows. In the very first engagement, the listeners seemed to be quite antagonistic towards foreign migrants in particular- with views with indicated that they may have thought that the foreign nationals were actively taking work away from locals, and that there is a significant influx, to the extent that the shortage in services and resources available at various communities could be linked to government having to deal with a larger number of people than initially envisaged.

There was an appreciation for this type of content though, and an acknowledgement that there needs to be more of these forums to encourage engagements between locals and migrants to develop a greater degree of understanding.

Any noticeable knowledge and attitude change towards migrants?

As the shows progressed, the attitude did become more positive, and callers were able to see their own complicity in not being more willing to have these conversations with their foreign counterparts. Beyond that, it was stressed that government institutions do need to do more to educate and inform local communities about the reasons for migration, and to create an environment that’s conducive to foreigners adapting, learning and contributing towards the growth and development of local communities.

There is a great gap in terms of immigration policies, as we as the constitutional obligations of government in respect of foreign nationals.

Any possibilities emanating from the talk shows that are relevant to the project that should be considered in future similar interventions?

Dialogues need to be a consistent feature of programs like these.

Lessons Learnt for DDP and other Project Partners:

It’s important to involve communities in their own development.

When considering where to initiate conversations such as this, it’s important to involve the government institutions/departments implicated in the specific issue, as well as hosting other engagements inside the community to encourage that participation, as radio talk shows can sometimes be quite didactic in circumstances which other accompanying actions speaking to the topic being discussed are not there.